All About the Invention of the Zip

All About the Invention of the Zip 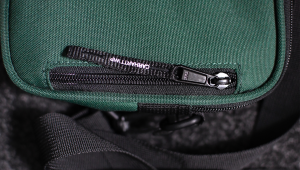 A zip or zipper, sometimes also known as a fly, dingy, or zip fastener, was formerly known as a clasp locker, and is a device which binds the edges of an opening of fabric using a method based on interlocking teeth. Buttons were the first method designed and used to keep clothes fastened and worked well, however engineers searched for better ways.

The invention of the zip was a long process that actually involved several different people. In 1851 Elias Howe, who invented the sewing machine, received a patent for an ‘Automatic, Continuous Clothing Closure’, however he did not market it as he was focussed on promoting the sewing machine. Although the device he created is thought the be an early version of a zip, it was more like an elaborate draw string than an actual slide fastener.

In 1891, forty years later, the man who invented a pneumatic street railway, Whitcomb Judson, marketed a device called a ‘Clasp Locker’ which acted as a more complex version of a hook and eye shoe fastener. 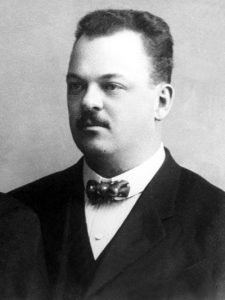 The modern zip as we know it was actually designed by Gideon Sundback, a Swedish-American electrical engineer. Sundback was hired by a company named ‘The Universal Fastener Company’ which moved to Hoboken in New Jersey in 1901. Gideon soon became head designer at the company and in 1913 he designed his ‘Separable Fastener’ which received a patent in 1917.

Sundback’s design inlcluded two rows of interlocking teeth that latched together to help the slider and he also increased the number of fastening elements to ten or eleven per inch from four per inch. His design was the first fastener to resemble what we now know as a modern zip, however he did not come up with the name ‘zip’ or ‘zipper’. The name ‘zipper’ was actually developed by the B. F. Goodrich Company who used Sundback’s design on some rubber boots they produced.

When the zip was first invented, they were mainly used on pouches that held tobacco and on boots; it wouldn’t be for another 20 years until zips were used by the fashion industry on clothing. 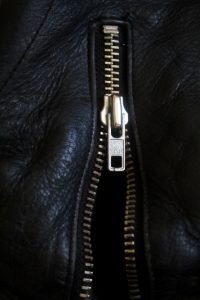 The main part of a zip consists of two rows of protruding teeth, which are made to interdigitate, linking the rows together.  They carry from tens to hundreds of specially shaped metal or plastic teeth, also known as ‘elements’, which can be either individual or shaped from a continuous coil.

The slider which is operated by hand, moves along the rows of teeth. Inside the slider is a Y-shaped channel that meshes together or separates the opposing rows of teeth, depending on the direction of the slider’s movement.

Today, we may not give much thought to a humble zip, but it is an invention which we use multiple times every singe day and that has endless uses and benefits globally.