All About the Invention of the Hair Dryer

All About the Invention of the Hair Dryer 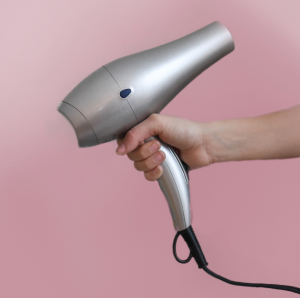 We probably all take our humble hair dryers for granted, however the seemingly simple device to you and I had to undergo quite a few changes over the years before emerging as the small, lightweight, ergonomic and compact device we all know today.

A hair dryer’s primary function is to blow hot (or cold) air to effectively dry hair by accelerating the water evaporation process. Initially, the device designed was a mix of a hair dryer and vacuum cleaner and included a long cap which would connect to a flexible hose projecting hot air from a gas stove onto the users hair! The device was no where near portable and so was only used in fancy hair dressing salons frequented by posh and wealthy clientele. 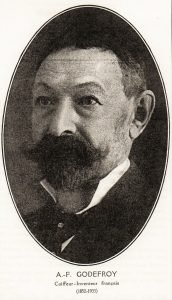 The first version of a hair dryer was invented in 1890 by Alexander Godefroy, a French stylist, and was a large, seated device attached to the chimney pipe of a gas stove. He invented it to be used in his own hair salon in France and so it was not portable or handheld and could only be used by having the person sat underneath it.

In 1911, an Armenian American inventor named Gabriel Zazanjian was the first person to patent a hair dryer (or blow dryer) in the United States. A few years after this, around 1920, handheld hair dryers began to reach the market largely due to innovations by National Stamping and Electronics under the white cross brand. These innovations allowed the device to be small enough to be held by hand, but back then they were often still very heavy and difficult to use. Unfortunately there were also issues with the engineering leading to instances of overheating and even electrocution. On top of these issues, it took a very long time to fully dry a person’s hair with a hair dryer as they were only capable of using 100 watts (the average hair dryer today uses up to 2000 watts of heat).

The famous bonnet dryer was introduced in 1951 and worked by having the dryer, usually in a small portable box, attached to a tube which went directly into a bonnet placed on the person’s head. It gave an amount of heat to the whole head at once. The 1950’s also then saw the introduction of the rigid-hood hair dryer. This had a hard plastic helmet which wrapped around the person’s head and worked similarly to the bonnet dryer but using a much higher wattage. 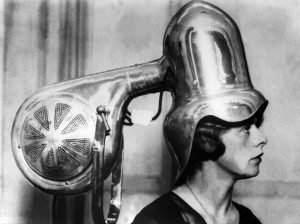 Hair dryers work by consisting of electric heating coils and a fan, which is usually powered by a universal motor. Most hair dryers’ heating element is a bare, coiled nichrome wire which is wrapped around mica insulators. Nichrome is used as it is a poor conductor of electricity and it does not oxidise when heated, which are two very important properties when considering use in a hair dryer.

In 2007, a survey of stores showed that most hair dyers have ceramic heating elements because of their capability to heat instantly. This means it takes much less time for the hair dryers to heat up and subsequently for hair to dry.

The next time you grab your hair dryer, try to remember the long journey that the humble hair dryer has come on since 1890!