All About the Invention of the Christmas Card

All About the Invention of the Christmas Card 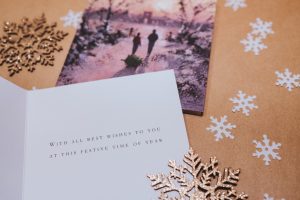 
We are all no strangers to Christmas cards, most of us sending and receiving many of them each year around the festive period. In Britain, we now have a huge array of types and styles of Christmas cards including traditional, formal, cute, funny and more. The average person in Britain sends 50 Christmas cards each year!

According to moo.com, only 15% of Christmas cards are bought by men and 45% of all cards sent annually are Christmas cards which is more than any other type of greeting card. 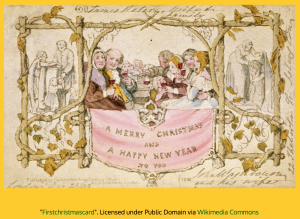 The very  first Christmas card (pictured) was created and sent in 1843 by a man named John Calcott Horsley. He printed the Christmas card to send to Sir Henry Cole, a friend of his who had given him the idea. Cole wanted a card he could proudly send to friends and professional acquaintances to wish them a Merry Christmas.

Sir Henry Cole was a senior civil servant who had helped set-up the new ‘Public Record Office’ (now called the Post Office), where he was an Assistant Keeper, and wondered how it could be used more by ordinary people.

The card that Cole created depicted a typical English family enjoying the Christmas holiday, and people being charitable, which was an important part of Victorian Christmas spirit. One thousand copies of the Christmas card were printed and sold for one shilling (5p, although this would equate a lot more today!). According to multiple sources, this is reportedly the first Christmas card to be produced and sold to the public. 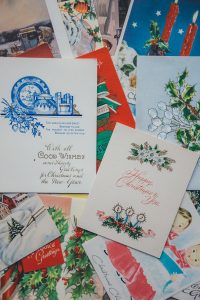 The card had three panels with the outer two showing people caring for the poor and the centre panel was a family having a large Christmas dinner. Apparently, some people weren’t fond of the Christmas card because it showed a child being given a glass of wine.

Making home-made Christmas cards became popular in the 1910s and 1920s, often being unusual shapes and having things attached to them such as foil and ribbon. Because of this, they were usually too delicate to post and needed to be given by hand.

Nowadays, Christmas cards are common in most households around the festive time of year and have all sorts of pictures, characters and jokes on them. It has also become common for charities to sell their own Christmas Cards as a way raising money at Christmas.