All About the Invention of the Hot Air Balloon

All About the Invention of the Hot Air Balloon 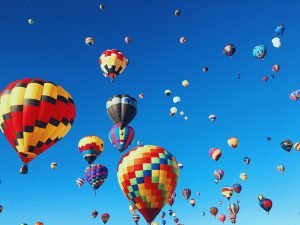 A hot air balloon is an aircraft described as ‘lighter than air’ and consists of a bag (called an envelope) containing heated air, a gondola or wicker basket hanging below to carry passengers and an open flame generated by burning liquid propane. The hot air balloon is successful at ‘flying’ due to the heated air inside the envelope having a lower density than the colder air outside it, making it buoyant.

The technology of a hot air balloon is the first successful human-carrying flight technology that exists. In Paris, Jean-François Pilâtre de Rozier and François Laurent d’Arlandes performed the first ever untethered manned hot air balloon flight on November 21st, 1783. The balloon was designed and created by the Montgolfier Brothers.

Hot air balloons that can be propelled through the air rather than drifting with the wind are known as ‘thermal airships’. 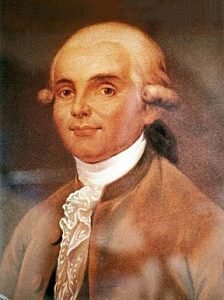 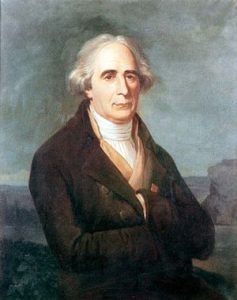 The inventors of the hot air balloon were the Montgolfier brothers. Joseph-Michel born in 1740 and Jacques-Étienne born in 1745 were born into a family of paper manufacturers in Ardéche, France. They were two of 16 children, their parents being Pierre Montgolfier and Anne Duret.

Joseph was the brother who was initially interested in aeronautics; in 1775 he built parachutes and once even jumped from the family house with one! The first time he contemplated building machines was when he watched the laundry drying over the fire. He watched it form pockets of air that billowed upwards.

Using very thin wood, Jospeh made a box-like chamber and covered the sides and top with a lightweight taffeta cloth. He then crumbled and lit some paper under the bottom of the box and watched as the contraption quickly lifted off its stand, hitting the ceiling.

Joseph recruited his brother Jacques into balloon building with him by writing , “Get in a supply of taffeta and of cordage, quickly, and you will see one of the most astonishing sights in the world”. Together, the brothers build a device three times the size of Joseph’s initial design and then on the 14th December 1782, the did their first test flight. They lit wool and hay to create the flame, but the lifting force was so great that they lost control of the craft and floated nearly 2km before being destroyed after landing by the “indiscretion’ of a passerby. 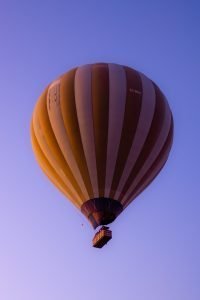 A hot air balloon is able to float because of the buoyant force exerted on it, which is the same force that acts on objects in water (described by Archimedes’ principle). The amount of lift provided by the balloon depends on the difference in air temperature inside and outside of the envelope. Increasing the air temperature inside makes the air less dense than the ambient air and therefore lifts the balloon.

Most envelopes made of a nylon fabric have a maximum internal temperature of 120 °C (250 °F). The melting point of nylon is significantly higher than this maximum operating temperature, however higher temperatures cause the strength of the nylon to degrade more quickly meaning they can be flown for less time before needing replacing. Using the maximum operating temperature, most balloon envelopes can be flown for between 400 and 500 hours before needing replacing, however many pilots operate their balloons and significantly lower temperatures than this is order to extend the fabric life.

The next time you see a hot air balloon floating past, think about its simple but ingenious engineering which was invented over 200 years ago!