The Invention of the Compass

The Invention of the Compass

At CAL International, we are fascinated by the inventions of integral pieces of technology throughout history which have shaped the way we live today. CAL’s specialist services include New Product Introduction and Design Innovation, meaning we love to take new ideas and concepts all the way through to production. Our invention series features some amazing inventions from throughout history, how they came to be invented and the ways in which they impact the lives of millions. Today, we explore the invention of compasses. 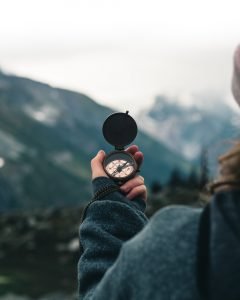 A compass is a simple instrument with a magnetic needle which rotates freely in one plane, pointing North-South when in a horizontal position. It is one of the most important instruments ever invented for navigation and orientation.

The invention of the compass had greatly improved the safety and efficiency of travel, especially ocean travel. It can be used for a number of purposes including to calculate heading, used with a sextant to calculate latitude and with a marine chronometer to calculate longitude. Compasses provide a much improved navigational capability that has only been supplanted by modern devices such as the Global Positioning System (GPS).

The most well-known type of compasses are magnetic, so much so that the term ‘compass’ almost always refers to a magnetic compass. The first magnetic compass was invented by the Chinese between the 2nd century BC and 1st Century AD, during the Han Dynasty. Around that time, Chinese people found that lodestones, a naturally magnetised stone of iron, would always point in the same direction. At first, it was used for divination, fortune-telling and geomancy, for finding precious gems and in Feng Shui. 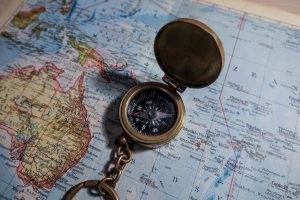 The earliest compasses invented were designed on a square slab that had markings for the cardinal points and the constellations. A spoon-shaped lodestone device was used as a needle with a handle that would always point south. Later, magnetized needles were used as direction pointers instead of the spoon-shaped lodestones.

The use of a magnetic compass by the military for land navigation occurred sometime before 1044, but evidence for the use of the compass as a maritime navigational device did not appear until the 12th Century.

Compasses did not appear in Europe until around 1200. It is said that Alexander Neckam reported the use of a magnetic compass for the region of the English Channel with both types of compass appearing; a floating compass for astronomical purposes and a dry compass for seafaring. The compass improved sailing which, until then, relied on orientation by the sun or by stars and so limited to sea travel between October and April.

The Islamic world imported compass during the 13th century and used them for the same purposes as the rest of the world: astronomy and seafaring. They also, however, invented a type of dry compass, a ‘Qibla (Kabba) indicator’, to find the direction of Mecca for their daily prayers.

The Use of Compasses 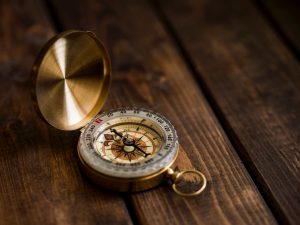 Compasses were part of the general reinvigoration of European science. A number of new tools were invented with the help of the compass, including telescopes and microscopes. Compasses also pushed forward map-making techniques in the 13th century, guiding explorers through previously uncharted waters and deftly back to their home ports, enabling the global trade of spices, gold, technology and knowledge as well as helped create the first globes, advancing our knowledge of the planet greatly.

In 1980s, the US military released GPS to the public, meaning ships now navigate using GPS and a highly sophisticated system of satellites that are constantly monitoring the journeys of ships across the ocean.

Even in the age of GPS, the trusty compass still retains its usefulness. Along with a sextant and charts, the compass is a great back-up to GPS with yachtsmen, sailors and captains all being trained how to use compasses and charts in order to safely navigate the seas.

The compass is a fantastic example of an invention which, without us realising, has greatly affected and influenced our lives today.