The Invention of 3D Printing

The Invention of 3D Printing

At CAL International, we are fascinated by the inventions of integral pieces of technology throughout history which have shaped the way we live today. CAL’s specialist services include New Product Introduction and Design Innovation, meaning we love to take new ideas and concepts all the way through to production. Our invention series features some amazing inventions from throughout history, how they came to be invented and the ways in which they impact the lives of millions. Today, we explore the invention of 3D printing. 3D printing has revolutionised the design, engineering and manufacturing industries and at CAL International, we utilise 3D printing and its amazing benefits on a daily basis. 3D printing has been integral to the innovative NeedleSmart devices that CAL International have worked on developing since inception, including 3D printed prototypes and parts. 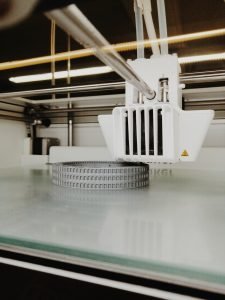 3D printing is the process of creating objects from a digital model, usually from plastic but sometimes metal or composite material. Most 3D printers add material one thin layer at a time and for this reason are classified as ‘additive manufacturing’.

In more recent years, 3D printing has truly begun to capture the imagination of the masses, as low-cost 3D printers for personal use begin to make it possible for hobbyists and aspiring designers to create objects designed in computer-aided design (CAD) software at home. 3D printing is also triggering a change in the way both small businesses and industry giants build and design their products.

3D printing is considered as a new technology, however the first ever patent for 3D printing was actually successfully issued in 1986.

The first documented iterations of 3D printing can be traced back to the early 1980s in Japan. In 1981, Hideo Kodama of the Nagoya Municipal Industrial Research Institute published an account of how materials called photopolymers that hardened when exposed to UV light can be used to rapidly fabricate solid prototypes. Although his paper laid the groundwork for 3D printing, he wasn’t the first to build a 3D printer. 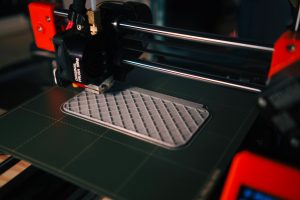 Chuck Hull was the first person to design and create the first 3D printer in 1984. He had been working for a company that used UV lamps to fashion tough, durable coatings for tables when he developed a system of using ultraviolet technology to make small prototypes.

The key to a 3D printer working were the photopolymers that were stayed in a liquid state until they reacted to ultraviolet light. The system that Hull would eventually develop, known as stereolithography, used a beam of UV light to sketch the shape of the object out of a vat of liquid photopolymer. The light beam hardened each layer along the surface and then the platform would move down so that the next layer could be hardened.

Hull filed a patent on the technology in 1984, but it was three weeks after a team of French inventors filed a patent for a similar process. The French inventors’ employers soon abandoned efforts to further develop the technology however due to “lack of business perspective”, allowing Hull to copyright the term “Stereolithography.” His patent was issued on March 11, 1986 and in the same year, Hull also formed 3D systems in Valencia, California so he could begin rapid prototyping commercially. The first commercial SLA 3D printer, the SLA-1, was released by his company in 1988.

While Hull’s patent covered many aspects of 3D printing, including the design and operating software, techniques and a variety of materials, other inventors would build upon the concept with different approaches. In 1989, Carl Deckard, from the University of Texas, filed the patent for Selective Laser Sintering (SLS) technology which fused powders, instead of liquid, using a laser.

The most popular and most recognizable form of 3D printing is called fused deposition modeling. FDM, developed by S. Scott Crump, also known as Fused Filament Fabrication, differs from SLS and SLA in that rather than using light, filament is directly extruded from a heated nozzle.

These three technologies are not the only types of 3D printing methods that exist, however they are the three that served as the building blocks to lay the groundwork for the technology to grow and for the industry to be disrupted. 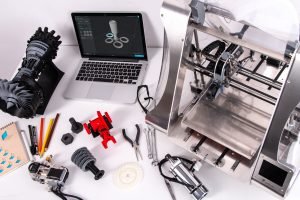 The Prime of 3D Printing

Additive manufacturing is now a real and affordable prototyping and production technique for businesses, opening new possibilities for many. More and more companies, small and large, take advantage of the low prototyping price that 3D printing can offer and have fully integrated it in their iteration, innovation and production processes.

3D printers were originally used to create prototypes such as moulds, but as the technology has evolved, 3D printers are now being used to create final products, fit for use. Many different sectors and industries are now utilising 3D printers, such as architecture, construction, engineering, biotechnology and education.

3D printing has already demonstrated its massive impact and potential on our world. How that potential evolves in the future promises to change life as we know it.