The Invention of the Computer

The Invention of the Computer

At CAL International, we are fascinated by the inventions of integral pieces of technology throughout history which have shaped the way we live today. CAL’s specialist services include New Product Introduction and Design Innovation, meaning we love to take new ideas and concepts all the way through to production. Our invention series features some amazing inventions from throughout history, how they came to be invented and the ways in which they impact the lives of millions. Today, we explore the invention of the computer. Computers have completely revolutionised the design, engineering and manufacturing industries and at CAL International, as with almost every other industry now, we would be lost without the use of computers. 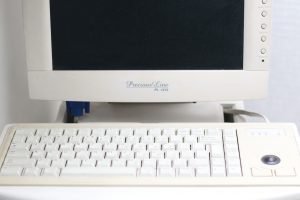 A computer is a machine that carries out sequences of arithmetic or logical operations automatically when instructed to do so via computer programming. Modern computers have the ability to follow programs which are generalised sets of operations and so enable them to be able to perform an extremely wide range of tasks.

Computers are essentially machines that accept data as input, processes that data using programs, and output the processed data as information. Many computers can store and retrieve information using hard drives and can be connected together to form networks, allowing connected computers to communicate with each other. 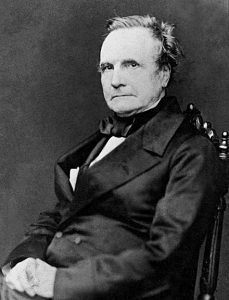 Charles Babbage, an English mechanical engineer and polymath,  is widely considered the ‘father of the computer’ as he conceptualised and invented the first mechanical computer in the early 19th century. In 1833, after working on his revolutionary difference engine, which was originally designed to aid in navigational calculations, he realised that an analytical engine (a much more general design) was possible.

The input of programs and data for this machine was to be provided via punched cards, a method being used at the time to direct mechanical looms. For output, the machine would have a printer, a curve plotter and a bell. The Engine incorporated an arithmetic logic unit, control flow in the form of conditional branching and loops, and integrated memory, making it the first design for a general-purpose computer that could be described in modern terms as Turing-complete.

This machine that Babbage created was about a century ahead of its time, however all the parts for it had to be made by hand, being a major problem for a device which would be made up of thousands of parts. Unfortunately, the project was eventually dissolved and the British Government decided to cease funding. Babbage was then unable to complete his analytical engine, widely due to political and financial difficulties as well as his desire to produce a computer which was increasingly sophisticated, moving ahead faster than anyone could follow.

Charles’ son, Henry Babbage, then went on to complete a simplified version of the analytical engine’s computing unit in 1888, giving a successful demonstration of it in 1906. 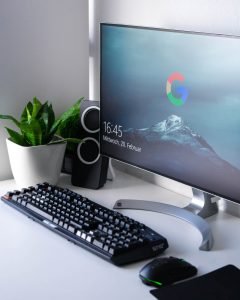 The principle of the modern computer was proposed by Alan Turing in his seminal 1936 paper, ‘On Computable Numbers’. Turing proposed a simple device that he called a ‘Universal Computing machine’, which is known now as a ‘Universal Turing machine’. Alan proved that such a machine would be capable of computing anything that is computable by executing instructions stored on tape, allowing it to be programmable.

To this day, Turing machines are a central object of study in theory of computation. Except for the limitations imposed by their finite memory stores, modern computers are said to be Turing-complete, which is to say, they have algorithm execution capability equivalent to a universal Turing machine.

Computers have completely changed the world in many ways.  They allow huge amounts of information to be stored in a small space, allow a person to calculate mathematical problems with ease, and with the introduction of the internet, they allow people to communicate with one another all over the world.

Computers have also completely changed the way companies operate and collaborate. They enable us connect with people anywhere and at any time which is hugely beneficial in business, and this increased collaboration has brought a high level of flexibility in communication that allows employees, co-workers, and managers to connect with each other easily. 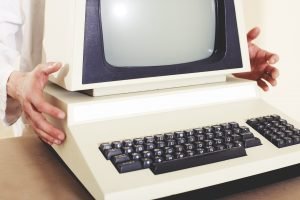 So what is the future of computers? There is active research to be able to make computers out of many promising new types of technology, such as optical computers, DNA computers, neural computers and quantum computers. Most computers are universal, and are able to calculate any computable function, and are only limited by their memory capacity and operating speed. Different designs of computers, however, can perform very differently for particular problems; such as quantum computers potentially being able to break some modern encryption algorithms extremely quickly.

It is amazing to look back on the journey that computers as we know them have come on, now even having small computers with us at all times in the form of our smart devices. Modern engineering would not be what it is without the use of computers for a multitude of things, for example CAD (computer aided designs), and we are looking forward to embracing the ever changing, more sophisticated technology that emerges in the engineering industry soon.