Mechanical engineering is a branch of engineering that combines physics and mathematics principles with materials science in order to design, analyse, manufacture, and maintain mechanical systems. It is one of the oldest and broadest of the engineering branches and is a very wide discipline due to, in part, its need to cover the design and manufacture of almost everything in a moving system.

This design and manufacture can range from a system’s smallest components up to the completed, sometimes huge, machine as a whole. Throughout history, some specific inventions and innovations have come to define mechanics and the modern machine as we know it, from the most simple of components to intricate mechanisms. Here we are going to outline 10 mechanical engineering innovations that have truly helped define mechanics as we know it today and are integral to the work we do ourselves at CAL International. 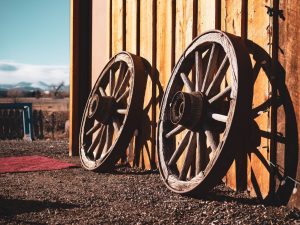 There are very few innovations that have had as much influence as the wheel and axle in mechanical engineering and the modern world would definitely look very different without them. The first depictions of wheeled vehicles to appear date to around 4000BC on an earthward Bronocice pot from Poland which depicts a wagon with four wheels set on two axles.

The earliest actual evidence of a physical wheel-axle combination comes from Slovenia and is dated to around 3360-3030 BC.

The invention of the wheel and axle literally changed the world, and has been an enduring feature of human transport devices for the past 6,000 years, and is likely to remain so well into the future. 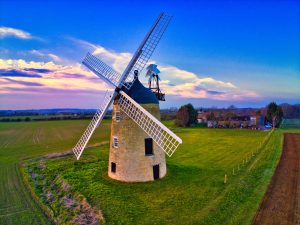 Windmills are able to convert wind power into useful mechanical energy using large ‘sails’ to impart a rotational force to the main shaft. This can then be used to do work, making it an incredibly ingenious device.

The Persians were some of the first people to harness the power of the wind to do work when they began building early forms of windmills around the 7th Century AD. These early windmills consisted of sails radiating from a vertical axis within a building, with two large openings for the inlet and outlet of wind, diametrically opposite each other. The mills were used to directly drive single pairs of millstones without the use of gears.

These windmills were one of the first ways by which civilisations were able to directly replace human beings with machines as the main source of power.

Windmills then became increasingly widespread throughout Europe during the Middle Ages, and remained in common use well into the 19th Century. The development of steam power during the industrial revolution lead to the eventual decline of windmills. 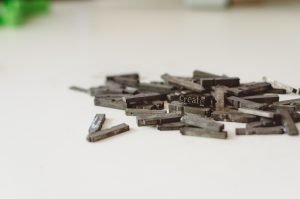 The printing press was one of the most important inventions in mechanical engineering and human history. Johannes Gutenberg’s adapted a printing press which was groundbreaking in its own time and went on to set the stage for enormous advancements in printing during the Renaissance and Industrial Revolution. Gutenberg’s device was the first to mechanise the process of applying text and images to paper en masse.

Gutenberg’s press was modelled on the ancient wine presses of the Mediterranean and was actually made from a modified wine press. It worked by rolling ink over a pre-arranged raised surface of movable text held within a wooden frame which was then pressed against a sheet of paper to create a copy.

This printing process was vastly more efficient than other presses during that time, especially the previous process of hand-copying books.

The printing press allowed books to be produced more quickly, and more cheaply, enabling more and more people to afford to buy them. This innovation marks a watershed in human and engineering history. 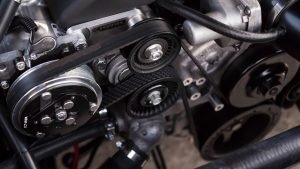 Pulleys are one or a number of wheels on an axle or shaft that supports the movement and a change of direction of a cable or belt that is (usually) taut. They transfer power between the shaft and cable and provide a mechanical advantage that is ideal for lifting heavy objects. They come in various types including:

– Compound pulleys – a mixture of the above two; a perfect example being the block and tackle pulley system

The pulley was identified by the great Heron of Alexandria as one of the six basic simple machines. Today, pulleys are an integral part of many mechanical systems, including fan belts, water wells and flag poles. 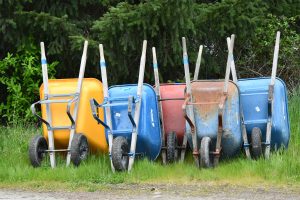 Levers are another simple device consisting of a beam that pivots on a fixed hinge or fulcrum. They were first identified in the works of Archimedes in the 3rd Century BC and are incredibly useful devices that can provide mechanical advantage to move very heavy objects with relatively little effort, which is known as leverage.

Levers can be divided into three types depending on where the fulcrum is located in relation to the load and effort. These are:

-Class 1 levers –  where the fulcrum is located in the centre of the beam. Eg. a crowbar

-Class 2 levers – where the load is located in the middle. Eg. a wheelbarrow

– Class 3 levers – where the effort is located in the middle. Eg. tweezers and the jaw 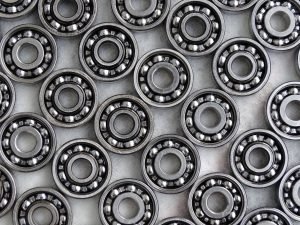 The bearing is a fundamental machine element that has come to define mechanical engineering. They allow the constraint of relative motion in one direction or plane while reducing friction between moving parts simultaneously.

Bearings come in many sizes and shapes and range from components holding shafts or axles in place to more complex systems like ball bearings. More sophisticated modern-day bearings can often demand the highest level of precision and quality in manufacturing. 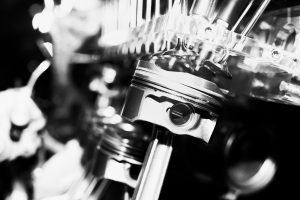 French physicist Denis Papin is widely credited with the invention of the piston in 1690 AD.  His design for a steam piston engine was built upon by later inventors such as Thomas Newcomen and James Watt during the 18th Century.

The piston’s invention, along with other advancements in steam engine technology, marked the ‘true’ beginning of the Industrial Revolution.  In more modern engines, the piston transfers force from expanding gas in a cylinder into reciprocating motion on a crankshaft. This process is then effectively reversed when applied to pumps.

Today, pistons are vital components in many reciprocating engines, pumps, compressors, and other similar devices. 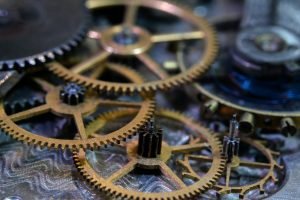 Gears or cogwheels are integral components of any rotating machine, allowing a change in speed, torque, or direction of power. They are definitely one of the most fundamental mechanical engineering innovations in history. It is not known exactly when gears and cogwheels were first invented, however some credit Archimedes. Today, gears are present in many moving systems and machines, from ship engines to bicycles.

Any change in torque made with the use of gears and cogwheels necessarily creates a mechanical advantage, thanks to the phenomenon of the gear ratio. A gear can also mesh with a linear toothed part, producing translation instead of rotation. 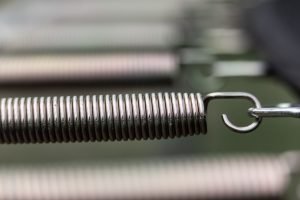 A spring is a basic, elastic object that can store mechanical energy. They are commonly made of steel and come in many shapes and designs, but most often in coiled forms.

When a spring is stretched or compressed, it exerts an opposing force approximately proportional to its change in length.

Large springs are usually made from annealed steel that is then hardened after production, however small springs can be made from winding pre-hardened material.

In early mechanical history, non-coiled springs, like the bow, were common, with coiled springs beginning to appear around the 15th Century. Springs today have many application including vehicle suspension right through to slinky toys.

Motors are electronic machines that convert electrical current into rotational movement, most commonly working through the interaction between a magnetic field and current to generate a force.

Ampere’s Force Law is the basic principle behind electric motors and was first described by Ampere in 1820. One of the first practical motors was created by Hungarian physicist, Anyos Jedlik in 1828.

Motors can be found in a wide variety of applications, including power tools, industrial fans and computer disk drives.